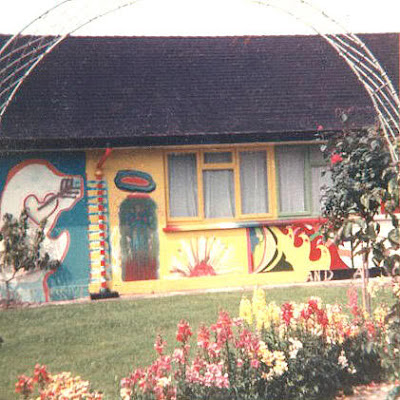 Kinfauns, aka one of the houses I'd want to live in. I guess, why did they had to demolish and replace it with another house? Kinfauns was so beautiful, with all those colours, psychedelic patterns and the message "Mick and Marianne were here" (that's one of the things I love most about that house, I don't know why). And of course a lovely garden, a swimming pool... all those things everyone wants in his house.
I wish I was one of the lucky fans who went and saw George (my second favorite Beatle, after John) and the gorgeous Pattie...

Kinfauns was a bungalow located in Esher, Surrey, where George Harrison and Pattie Boyd lived from 1964 to 1970. George bought it for £ 20.000 on the advice of the Beatles' accountant. In 1967 George and Pattie, inspired by the book Tantrum Art, painted the house in psychedelic patterns, and The Fool painted George's Mini and a mural around the fireplace.  In 1968, after the Beatles' stay in India, many demos were recorded here.
One day Mick Jagger and Marianne Faithfull went to Kinfauns but as they saw nobody was home, they painted the message "Mick and Marianne were here".
In 1970 George moved to Friar Park and Kinfauns was demolished and replaced with a new house. 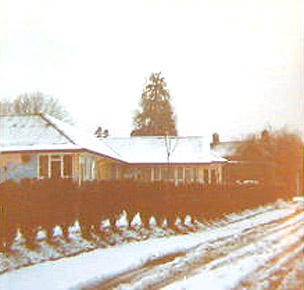 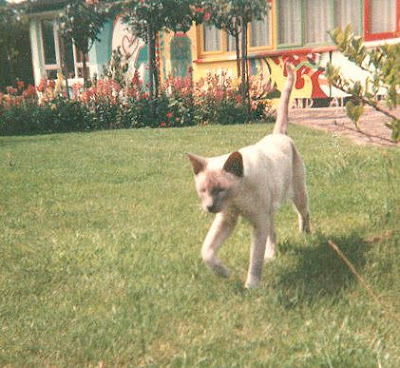 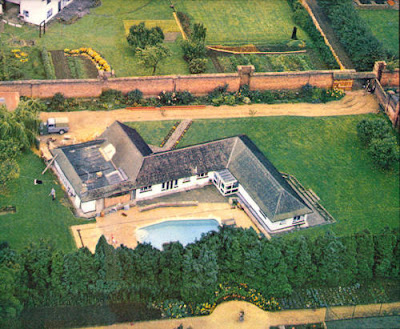 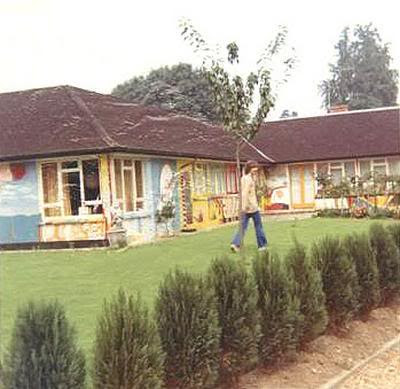 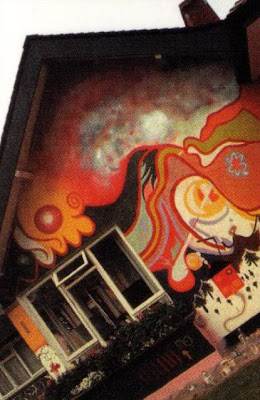 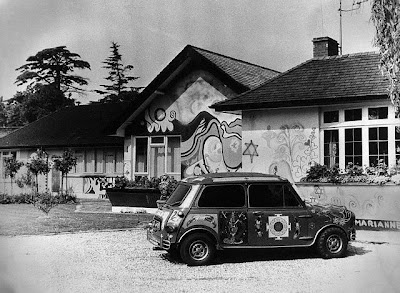 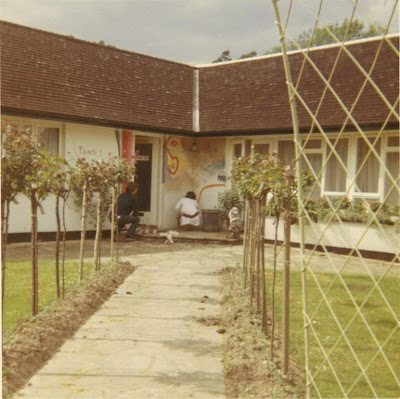 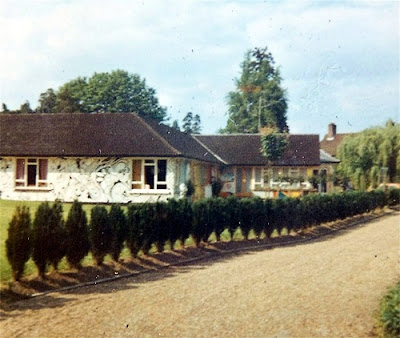 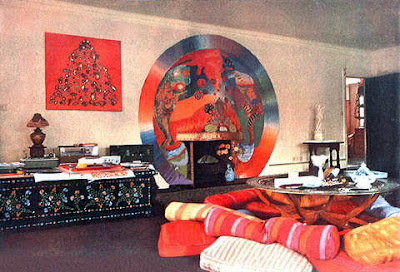 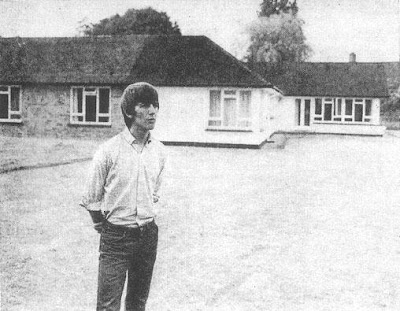 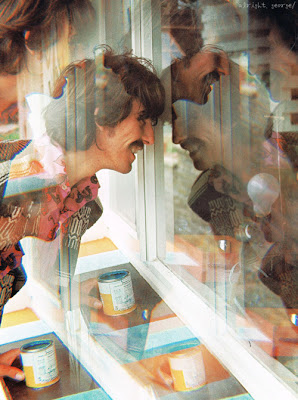 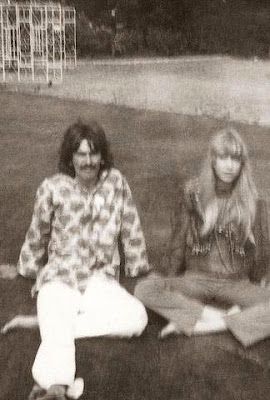 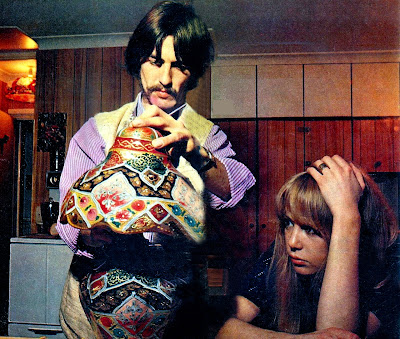 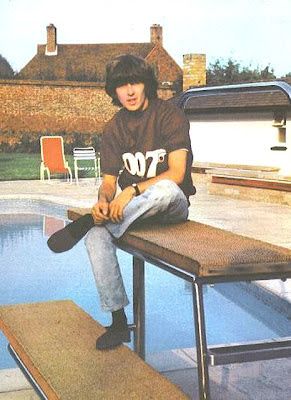 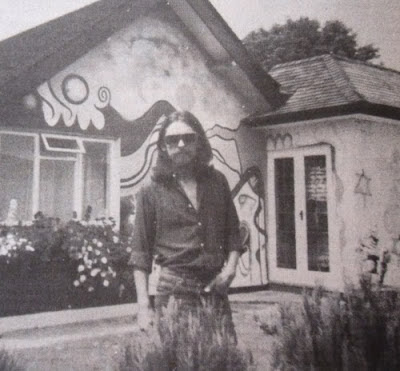 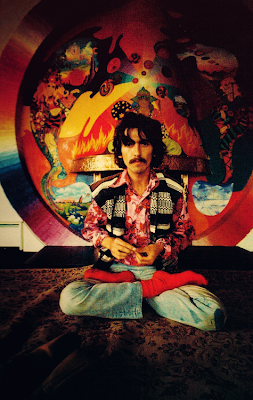 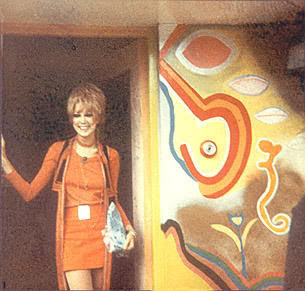 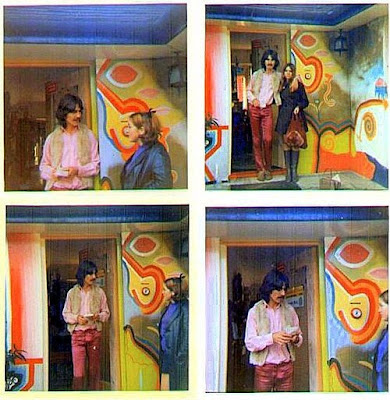